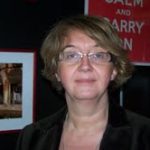 Dr. Elisabeth Anstett is a social anthropologist at the Centre Nationale de la Recherche Scientifique IRIS (EHESS) in Paris. Her work focuses mainly on Europe and the post-socialist world. In her research on the social usage of the traces of the Gulag, she looked at the performative dimension of the collective remembering of the concentrationary past and also at the heritagization of the violent experience of the concentration camps, leading both to their musealization and so-called “thanatotourism”/”dark tourism”. She has also been principal investigator of the reserach project “Corpses of Mass Violence and Genocide”, financed  by a Grant of the European Research Council under FP 7. 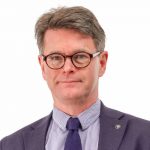 Peter Aronsson is a historian and Pro-Rector of Linnaeus University in Sweden. Prior to this, he was Dean and Deputy Vice Chancellor for the Faculty of Arts and Humanities at Linnaeus University. His reserach deals with the uses of the past in historical culture and with the role of historical narratives and historical consciousness in directing action. He has coordinated two international projects exploring the uses of the past in national museums: “European National Museums: Identity Politics, the Uses of the Past and the European Citizen”, financed under FP7 and “National History – Nordic Culture: Negotiating Identity in the Museum”, financed by th Riksbankens Jubileumsfond.

Ann Rigney holds a Chair in Comparative Literature at Utrecht University. Her research looks at various aspects of modern memory cultures, focusing in particular on issues related to mediation and transnationalism. She is project leader in the COST project “In Search for Transcultural Memory in Europe” and also project leader of the Utrecht Forum for Memory Studies.

Christopher Smith is professor of Ancient History. His research looks at the development of Rome as a social and political community and the way in which this development was represented in historical writing and political thought. He was Vice-Principal of the University of St. Andrews and currently is the Director of the British school at Rome and President of the International Union of Institues of Archaeology, History and History of Art in Rome.